California Spotted Owl
Federal Endangered Species Act Petition Filed
The U.S. Fish and Wildlife Service received a Petition in December 2014 to include the California Spotted Owl on the list of threatened or endangered species under the Federal Endangered Species Act. In October of 2015, the Fish and Wildlife Service issued a positive 90-day finding, which means they considered the species was warranted for a listing decision. Their final decision is expected within the year. The Petition was filed by science and conservation groups Wild Nature Institute and the John Muir Project of Earth Island Institute, and is supported by numerous studies documenting that this rare raptor has and continues to decline precipitously in the Sierra Nevada and southern California. These population declines are a result of a long history of public and private lands logging in the mature forests where the owl nests and sleeps, as well as extensive post-fire logging in burned forest where the owl hunts.

“The primary threats to the California spotted owl are logging, competition with invasive Barred Owls, and expanding urban development. Forest fire is not the threat people think it is, yet logging on public lands in the name of reducing fire to save owls is rampant, and is having a devastating effect on this species,” stated Monica Bond, a spotted owl biologist who is an expert on the relationship between owls and wildland fire, and co-author of the Petition. “This is the only subspecies of spotted owl that does not have Endangered Species Act protection, even though its population is declining and it faces threats similar to those which resulted in the listing of the Northern Spotted Owl in 1990 and the Mexican Spotted Owl in 1993.”

The Petition describes five newly published studies showing serious declines of California Spotted Owl populations in logged forests over the past two decades, while the owl population was stable where commercial logging is prohibited. Other recent research shows these owls hunt for their small mammal prey in both green and heavily burned forests, yet the U.S. Forest Service and logging companies are aggressively cutting both green and burned trees, leading to the inability to maintain stable populations.

“It is estimated that there are less than 1,200 California Spotted Owl pairs remaining today, after having lost over a quarter of their population in the last two decades,” explained ecologist Dr. Chad Hanson of the John Muir Project. “Their populations continue to decline. Under any formulation of conservation biology the time to list this species is now.”

In recent years, the Forest Service and private companies have ramped up their efforts to log both dense, mature green forest and post-fire habitat, the very places that the owls like best. This includes the plan approved in August of this year to post-fire (a.k.a. “salvage”) log thousands of acres of essential foraging habitat within the territories of the 70 resident spotted owls that exist within the Rim Fire area today.
CLICK TO DOWNLOAD THE PETITION
click to learn more about forest fire
The California Spotted Owl is endangered because of logging 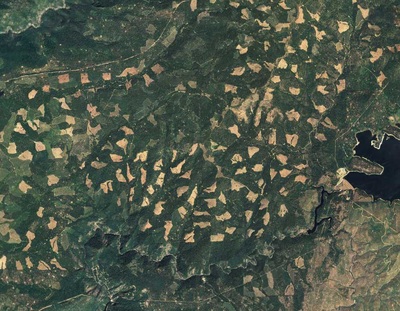 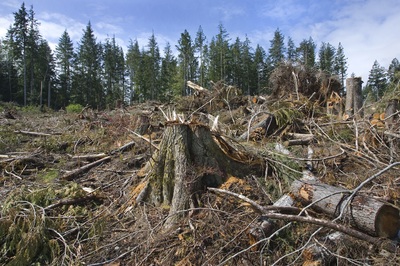