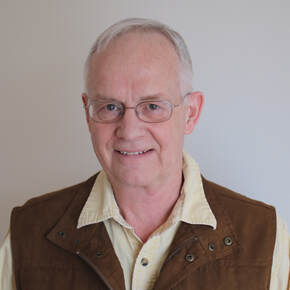 Doug Cavener, PhD, is a geneticist and evolutionary biologist and professor of biology at Penn State University and Adjunct Professor of Life Sciences at Nelson Mandela African Institute of Science and Technology in Arusha, Tanzania. He led an international team to sequence the giraffe genome for the first time, which was published in Nature Communications in 2016. Recently Doug initiated two collaborative projects with Wild Nature Institute to map the genes responsible for spot-pattern variation in Masai giraffes and to conduct a large-scale population/demographic genetic study of Masai giraffes in the Tarangire-Manyara and Serengeti ecosystems. In addition to data obtained from Masai giraffes in Tanzania, the spot-pattern genetic project includes collaboration and data from Masai giraffe in North American zoos. These projects build on our Masai giraffe spot-pattern and population biology projects in northern Tanzania. By incorporating genetic analysis into these projects, we hope to provide a deeper understanding of giraffe biology and conservation. 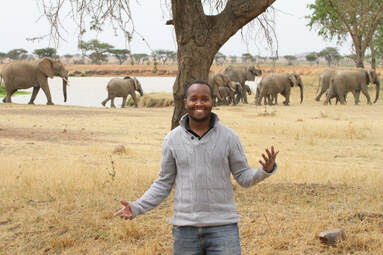 George Lohay, PhD, is a post-doctoral researcher at Pennsylvania State University. He hails from Singida in central Tanzania. He received a BA in Philosophy from Uganda Martyrs University, a BSc in Wildlife Science and Conservation from the University of Dar es Salaam, and a PhD in Biology from Pennsylvania State University. He studied diet and habitat use of yellow-headed dwarf geckos in Dar es Salaam, and worked for 3 years as a research assistant with the world-renowned Serengeti Lion Project. His PhD examined historical and contemporary genetic connectivity of African savanna elephants in Tanzania. George is working in partnership with Wild Nature Institute to develop techniques to non-invasively collect DNA from giraffe dung for a variety of genetic studies, including establishing pedigrees for giraffe in the Tarangire Ecosystem, and understanding historical and current gene flow across giraffe populations in Tanzania. 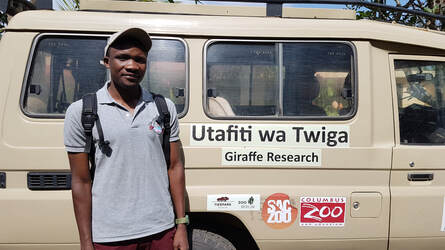 Matana Levi, MSc, obtained his degree in Biodiversity Conservation and Ecosystem Management at the Nelson Mandela African Institution of Science and Technology. Matana is from the Sengerema-Mwanza region of Tanzania, and has worked as a research assistant on studies of ashy red colobus monkeys in western Tanzania and birds in the Amani Nature Reserve. He received his BSc degree in Wildlife Science and Conservation in 2015 from the University of Dar es Salaam. He studied the foraging ecology of giraffes in the Tarangire-Manyara Ecosystem in partnership with the Wild Nature Institute. 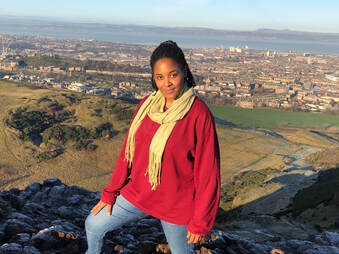 Victoria Mkessa received her MSc degree in the prestigious Conservation Management of African Ecosystems program at the University of Glasgow. Her project focuses on immune genes and pathogen infections in wild giraffes in the Tarangire-Manyara Ecosystem, where she is working in partnership with the Wild Nature Institute. She is originally from Mbeya, Tanzania, and has a BSc degree in Wildlife Management from the Mweka College of African Wildlife Management.

Emmanuel Andrew Kimaro ("Ema") is a resident of Arusha, Tanzania. In addition to driving "Twiga Team Alpha" during photographic capture-recapture giraffe surveys in the Tarangire-Manyara and Serengeti/Ngorongoro study areas, Ema works as a driver and vehicle mechanic for various safari companies. He is also assisting Dr. George Lohay with giraffe dung collection in the Tarangire-Manyara and Serengeti-Ngorongoro ecosystems and Arusha National Park. 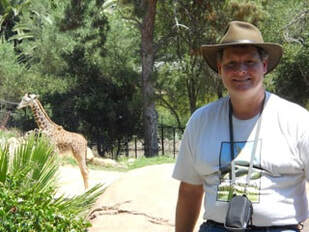 David Brown, MSc, is a biologist and conservationist and co-creator of the Mongabay Kids website. As a WNI Education Associate, David helps develop environmental education projects to create sustained and meaningful conservation awareness of giraffes, elephants, and other species. His science and nature writing has appeared in Mongabay.com, National Geographic Kids, Highlights Magazine, and in the interpretive programs of several zoos, aquariums, and nature centers. As a biologist he studied giraffe speciation and its causes across Africa using population genetics and cockatoo evolution using molecular systematics. He has studied the ecology of Amazon parrots in Guatemala, and helped conduct botanical surveys and other biological assessments across Southern California. 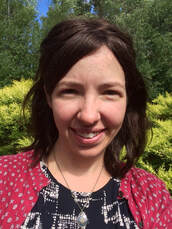 Megan Strauss, PhD, is an ecologist and conservationist with a background in animal behavior and wildlife population biology. She has studied the social behavior of captive chimpanzees, assisted a prairie dog conservation program, and completed her doctorate on factors limiting giraffe population growth in the Serengeti National Park, Tanzania. Megan is a WNI Research Associate, contributing to articles on giraffe demography and conservation. Also a WNI Education Associate, Megan has created and illustrated Swahili-language activity books that engage young Tanzanian students with their local flora and fauna, and is developing a Guide to Careers in the Environmental Industry in Tanzania. She provides graphic design support for WNI’s environmental education program, and is co-creator of the Mongabay Kids website. 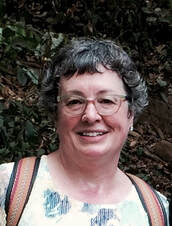 Lise Levy worked for 32 years as a high school biology teacher and 7th grade environmental science teacher in the United States. Her passion is connecting life science concepts with everyday circumstances to help make science more relatable to students. Lise earned numerous awards for her teaching including Outstanding Biology Teacher in 1994 from the National Association of Biology Teachers; All-Star Educator in 1997 from the Pittsburgh Post-Gazette with The University of Pittsburgh; Tandy Technology Scholars Outstanding Teacher Award in 1998 from the Tandy Corporation with Texas Christian University; and Outstanding Conservation Teacher in 1999 from the Washington County Conservation District. Lise is WNI’s Education Consultant, and she develops lesson plans for primary and secondary schools and coordinates teacher training and distribution of environmental education materials in schools, community centers, and orphanages in Tanzania. 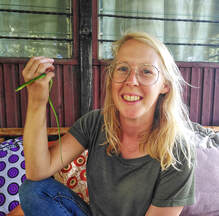 Mirthe Aarts, MA, is a snake enthusiast and snake handler in training. She has a Master of Arts in the field of Globalisation and Development from the University of Maastricht in the Netherlands. After her studies, she moved to East Africa where she advocates for human and animal rights. Mirthe currently assists at the East African Venom Supplies and Watamu Snake Farm in Kenya. For WNI Mirthe designs and produces the Saving Snakes, Saving People education program.

Lukas Bierhoff received his MSc in the population ecology research group at in the University of Zürich's Department of Evolutionary Biology and Environmental Studies. He analyzed a long-term dataset of different antelope species, collected by the Wild Nature Institute as part of the TUNGO program. His research focus is on understanding factors that are correlated with antelope population trends over time, and whether spatial or temporal factors are more important in determining distribution.

Irina Clavadetscher received a doctoral degree in veterinary medicine at University of Zürich's Clinic for Zoo Animals, Exotic Pets and Wildlife. Irina's project, in partnership with Wild Nature Institute, was to develop a body condition scoring system for giraffes, and compare scores of captive giraffes with wild giraffes from the Tarangire-Manyara Ecosystem using photographs. Her project provides wildlife scientists and veterinarians with an important tool for monitoring the health of giraffes. 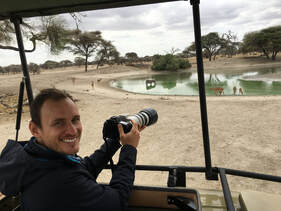 Nicholas James, MSc, hails from Sydney, Australia. He has a bachelor’s degree in biology and geosciences from Wollongong University, Australia, an MSc degree from Oxford Brookes University in the UK, and an MSc degree in environmental sciences with the population ecology research group at the University of Zürich. He is analyzing an eight-year data set collected by the Wild Nature Institute on the ungulate species in the Tarangire-Manyara Ecosystem as part of the TUNGO program. In particular, he is interested in  the key environmental requirements for each species. This information will be vital in managing and conserving these populations. 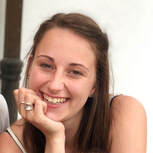 Kin Morandi, MSc, is from the Ticino region of Switzerland. She has an undergraduate degree in biology and a Master's degree in animal behavior from the University of Zürich's Department of Evolutionary Biology and Environmental Studies. Kin's project used photographs of giraffe spot patterns to investigate potential functions of spots and the influence of spot patterns on social behavior. This project is part of Wild Nature Institute's "Seeing Spots" project in partnership with Pennsylvania State University and the University of Zürich. 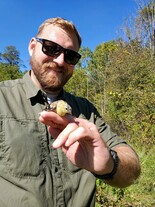 Dave Pearce is a pursuing his BSc in Wildlife and Fisheries Science at the Pennsylvania State University. He is interested in quantitative and molecular ecology and using those skills to understand and conserve wildlife species. He is working in partnership with Wild Nature Institute to map haplotypes of savanna elephant populations in Tanzania to understand both their current and historical genetic connectivity. He is also working in collaboration to understand giraffe population structuring along with other ungulates in Tanzania.